I was all talk.

Sometime during the previous year, I started telling people I was done with marching band. I’d had enough parades, summer practices, football games. I was done. I finally had some friends outside of band (gasp!) and I didn’t want to give up my Friday and Saturday nights anymore. I was a senior, and I was looking at everything differently. All of a sudden, the whole high school experience was about to be over and I wanted to enjoy as much of it as I could.

I saw it happen a lot. It happened to my girlfriend Ashley the year before, and it happened to Cathy her senior year. When you’re in the band, outside friendships have a tendency to weaken. You’re with your band people all the time so you end up not having time for anything else. Your jokes are all inside jokes and your references are lost on anyone not experiencing the same thing you are, so ties can sever.

But something happens when you’re a senior. You realize there’s a good chance you’re not going to see these people again and you remember all the things you liked about them before you drifted apart. I still loved my band people. Cathy, Joel, and I were closer than ever. (They’re still my two favorite people in the world.) But my world was expanding, and my mind was drifting. 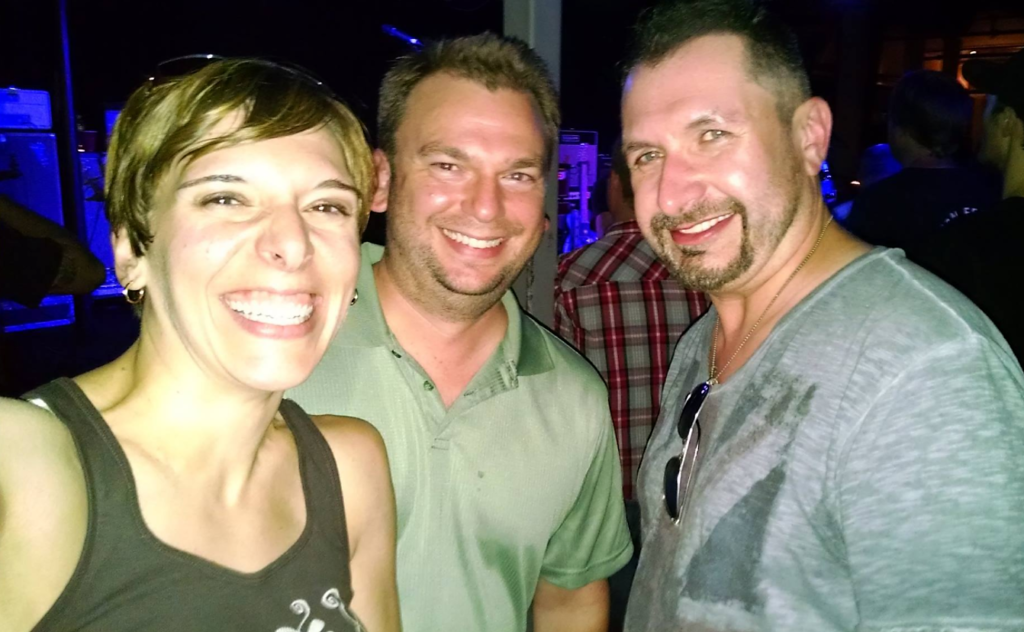 Plus, the band was going to be a joke. A really bad joke. Remember when I told you we marched about 60 people when I joined in 1989? Going into my senior year, we were looking at a total of about 24. And 12 of them were in the drumline. HALF the band was in the drumline. We were so small we didn’t even have a drum major because we couldn’t afford to lose another god damn horn player. So, yeah. I was outta there, man.

There was this parade in Dunnstown that unofficially marked the beginning of a new marching band season. Blake rarely if ever came to football games and he sure as hell didn’t come to parades. But he was there for this one.

He was there to talk to me.

Word had gotten out that I was talking about quitting, and he wanted to have a chat with me about it. He took me aside before the parade started and said, “you know, we’re going to be able to do some really amazing things this year.” He told me that he knew how I felt, but I was a six-year member. There weren’t a lot of six-year members, and I owed it to myself to see it through.

Which was all well and good, but all he had to say was, “Dude. Come on.” Because quite honestly, there was no way I could say no to him. I would never be able to look him in the eye and tell him I didn’t want to be a part of his gang anymore. If I ever really entertained the idea of leaving (which I’m not sure I actually did), our little chat slammed the door on that notion once and for all. At the end of the day, I was all talk.

All I really ended up doing was making it clear to everyone around me that I didn’t want to be there. I think that may have done some real damage to the group psyche. If my role as leader was to share the passion of the old days with the next generation, I clearly wasn’t doing a very good job of it.

The band was awful, by the way. You ever see 24 people try to fill up a football field? Most of our horn players were woodwinds (flutes, clarinets, etc.) so there wasn’t a lot of power out there. I think we maybe had one trumpet. (God bless you, Kevin. You tried, man.) We did another theme year, this time it was “War.” It brings to mind powerful, thundering songs, and our six flutes and a trumpet just didn’t translate.

We closed with “The 1812 Overture,” and it was a drum feature. I had (and still have) never seen a band close with a drum feature. Go with your strengths, right? When the gun sounded and the show was over, all of our horn players were in the pit playing percussion instruments. That’s rather…unique.

Still, we managed to win our chapter. We went to ACCs again, our band finished God knows where again, the drumline came in second again, and we lost to the overall champion again. Were they good? Probably. Did they end their show with a 24-piece drum feature of The 18 GOD DAMN 12 OVERTURE? No. No they did not.

That was Tribble’s last year, by the way. I guess he just couldn’t bear the thought of directing a band without me in it. Or maybe he just got a good job offer. I don’t know. He won’t talk to me.