How Can You Compete With That?

We haven’t spent a lot of time talking about the band director up to this point. So…I guess we should do that now. I guess.

But first, read this.

OK, so you get a sense of who we’re dealing with. Tribble was great, I suppose. He could have been worse. But it was clear he was having a hell of a time competing for our attention and respect. It had to be frustrating, especially when the drumline started getting good and winning championships. Also, his numbers were dwindling. Not only were there fewer and fewer kids joining band, more and more of the horn players that were already in his band were migrating to the percussion section and remaining there permanently. And in a way, there really wasn’t anything he could do about it.

That same summer, Blake took the four of us (Me, Tom, Joel, and Mike) to Allentown to see DCI’s east coast semi-finals. The stadium wasn’t far from Upper Perkiomen, so we stayed with his parents the night before the show. That way we could wake up the next morning and already be there.

Now seriously, how cool is that. Totally his idea. He wanted us to see some amazing drum corps perform, and he had no problem making a weekend out of it and hanging out at his folks’ house with us. How could we not love this guy? And more importantly, how could a band director ever hope to compete with that? Talk about an unfair playing field. Tribble could maybe rent a school van and try to cram it all into one day (which I think he did at some point), but it just wasn’t the same thing. Blake was just cooler, and wasn’t constrained by the rigid teacher-student relationship structure to which Tribble needed to adhere.

I remember one time when I was in junior high. I hung out in the band room a lot before and after school because it was where I felt the most comfortable, the most at home. It was late, and I ended up being the last kid there as Tribble was locking up and leaving. I asked him for a ride home, and he said he couldn’t. And the thing is, he was probably absolutely correct.

There were probably rules in place, and he was doing his job by following them. Blake, however, was just the drum instructor. He was paid by the Band Boosters (or maybe the School District, what the hell do I know), so maybe the kind of strict rules that prevented a teacher from giving a kid a ride home just didn’t apply to him.

Or maybe he could have given me a ride home and just didn’t want to. I was kind of an asshole. 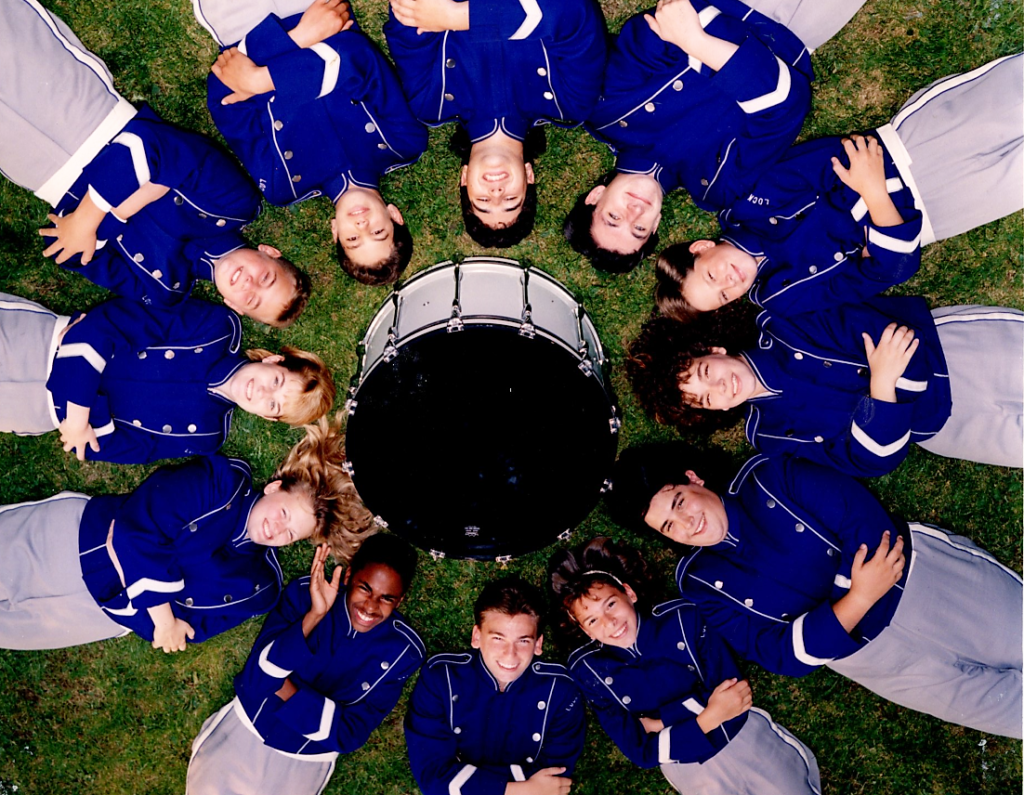 The outdoor drumline finished second at ACCs that year. We were very proud of that, but we also really wanted the Silver Snare. I think it’s safe to say we all felt hamstrung by our marching band. On the day of finals, bands take the field in reverse order of the score that got them there, which meant we always performed very early in the lineup. If you multiply a 15-minute performance window by 25 bands, you’re looking at six straight hours of marching bands. So if we stepped off at 3:00 p.m., for example, the top-seeded bands wouldn’t take the field until almost 9:00 p.m. That’s an awfully long time to remain in a judge’s mind.

Our drumline’s performance would have had to make an impact powerful enough to keep us ahead of every line that came after us. And we did, right up until the end. We came close that year, but by the time the last groups hit the field, I imagine the judge was like, “Which one was Lock Haven? Were they better than these guys? I don’t even remember. Please just let me go home.”

We came in second to Lake Lehman’s drumline that year. They were the overall champion, too. Maybe they did have a better drumline than ours, but a big part of me thinks the judge just couldn’t justify awarding the Silver Snare to one of the day’s lowest scoring marching bands. That’s what I mean when I say we felt hamstrung by our marching band.

It’s interesting, though, because it was a problem we created. A couple of solid horn players weren’t playing their horns in marching band. They were with us. As a result, the overall quality of the band went down. This isn’t something that dawned on me until much later, but I think Blake maybe could have done us all a favor by gently recommending to our horn players that they stay horn players in the fall.

He never did, of course. Blake never turned a kid away. If someone wanted to be a drummer, he’d make it happen. But I think it ended up doing us more harm than good. There was a negative side effect to our success. As our band got smaller, it got worse. It fueled my resentment of marching band overall, and that feeling would unfortunately only grow stronger with time.