Marching band season ended at a freezing cold football stadium in November. But since indoor season ended in May, we got to go to the beach.

Indoor championships were held in Wildwood, New Jersey. This, as you can imagine, was a pretty big deal for a bunch of kids from central Pennsylvania. For a lot of families, this was their only chance to see the ocean. Vacations weren’t really a given for a lot of us, a fact I don’t think I really appreciated at the time. For some of the kids in this group, it was the biggest weekend of the year for more reasons than one.

And of course, for 13-year-old me, it was the greatest thing ever. We got to miss a day of school! We got to ride in charter buses! We got to stay in a motel with our friends! There was the beach, the boardwalk, the girls, the girls, and the girls. It was a little too much to process, almost enough to make me forget that we were there for the most important performance of the season.

Shows took place in the Wildwood Convention Center. It was the only time all year we performed on something other than a basketball court. The stands were larger, the room sounded different. It was a completely different vibe than a small town gym in the dead of winter. 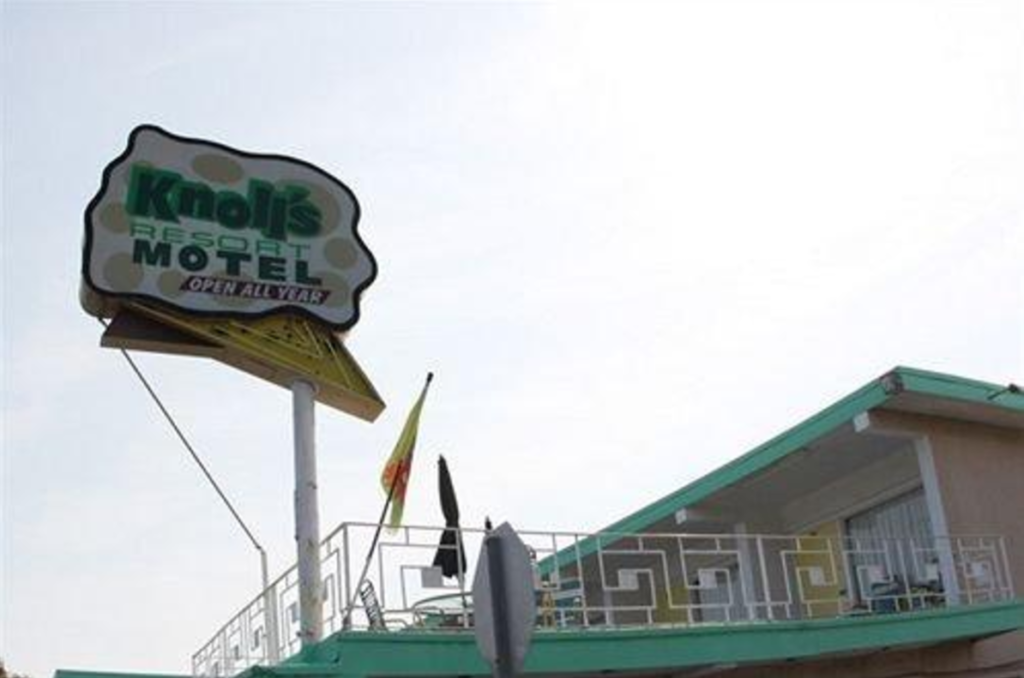 We stayed at Knoll’s Resort Motel, right on Atlantic Avenue. It was just a few blocks from the beach and a mile or so from the Convention Center. The Four Seasons it wasn’t, but we loved it. And I guess they liked us, too, because they let us come back every year. Early May is still off-season for beach towns, so we had the whole place to ourselves. 40 rooms, 100 kids, and the owners didn’t mind a bit. They loved having us, even after I mistakenly called them “Mr. and Mrs. Knoll.”

Knoll’s was also perfect because it sat across the street from an empty parking lot, giving us the perfect place to practice on Saturday morning. We arrived Friday evening and wouldn’t perform until Saturday night. That gave us just one morning and afternoon to try and get our heads out of the sand and into the show. Those practices were always awful. Focus? How the hell were we supposed to do that? We were outside, everything sounded different. The beach was right there, it was warm. Majorettes in bikinis were walking right by us, man, you want us to concentrate? Blake lost a lot of patience (and probably a little hair) those Saturday mornings.

But he had to get us ready. That was when Blake was at his best. He understood how foreign the environment was to us, and he was able to perfectly balance the craziness of the beach weekend with the focus required to do our job. He made sure we never forgot that everything we worked on all season came down to what we did on the floor that night.

Our scores had increased over the course of the season, and we were feeling really good about our chances. That night, we would compete against Middle Township High School from New Jersey, and Bensalem High School from suburban Philadelphia. I don’t remember talking about them at all before the show, and I think that was by design. Blake knew we didn’t really compete against anyone all season so it would be weird to start focusing on our competition, which we had no control over. He had spent an entire season giving us the tools we needed to do our best. There was a reason we practiced the way we did. All his talk about intensity and professionalism was to prepare us for this moment.

I remember parts of that show. I remember feeling such a kinship with Libby and Jason. I knew those guys had spent the last three years building this group, injecting it with pride and joy and happiness and spirit all along the way. I felt their excitement and their sorrow, knowing it would soon be all over. I wanted to win for them.

And that’s just what we did.

OK, a couple of things to note in that video. First, it’s amazing how empty that place looks! In my later years, as more and more groups came to compete, Wildwood award ceremonies would become almost unmanageable. It’s funny to see what it used to be.

Second, this is “Full Retreat,” and it only happened at Wildwood. Throughout the season at award ceremonies, groups sent their captains — or another chosen group of individuals — to go stand on the court and receive the trophies as scores are announced. The rest of us waited in the stands and cheered our faces off. But Wildwood did full retreat (until we ran out of room), which means everyone from every group was on the floor at the same time. We lined up in order of seniority, which meant I was way the hell back in line. 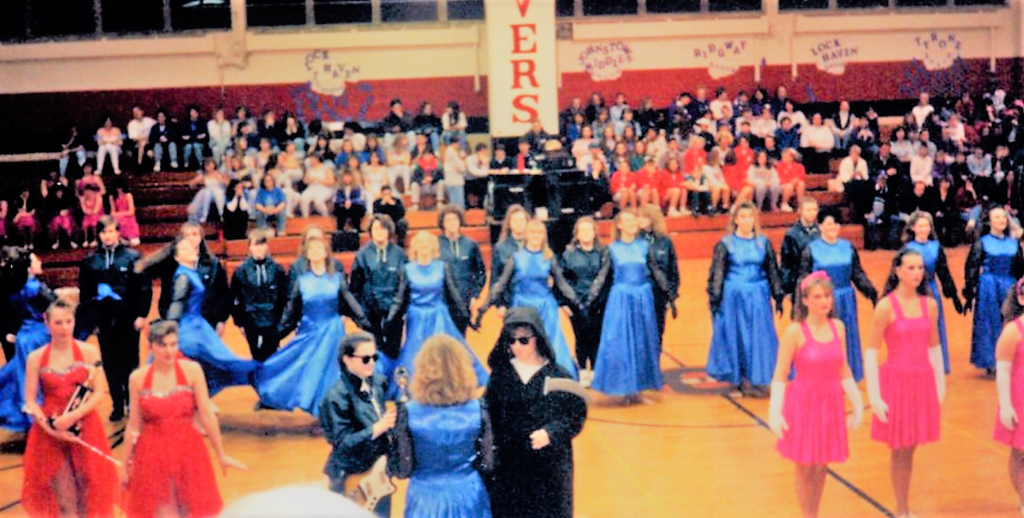 This is what a typical award ceremony looked like. Captains on the floor, the rest of us on the bleachers in the back.

Watching that video, you have to admire that discipline. As soon as the second place school is announced, everyone knows who won. The moment the PA announcer said “Bensalem,” we knew we were champions. And I don’t think you can see a single one of us move a muscle. That’s old school. When you’re out for full retreat, you stand at attention and represent your group with honor and respect. We’re like a row of Buckingham Palace Guards.

Also, I had forgotten we won by that much. We didn’t just beat Bensalem. We kicked this shit out of them. It was the first time we had ever cracked 90, and we did it with a 91.3, a full three points higher than the runners-up. That’s a huge margin. A three-point victory at Wildwood is like a six-touchdown victory in the Super Bowl. It’s a blow-out.

And just like that, Lock Haven High School had a champion Indoor Percussion Ensemble. In just three years, Blake had created a group out of thin air and taken it all the way to the top. Our little central Pennsylvania town was on the map. It was our first gold medal.

It would not be our last.