Twelve years old seems young to me. A lot of my friends have twelve-year-olds. My oldest nephew is twelve (or he was when I started writing this). I remember him as a baby and I’ve watched him grow from a toddler to a young man. But still, he’s super young. Twelve years old is super young.

I was twelve years old in 1989, the year we moved from Texas to Pennsylvania. The dichotomy I experienced over that one year was astounding. 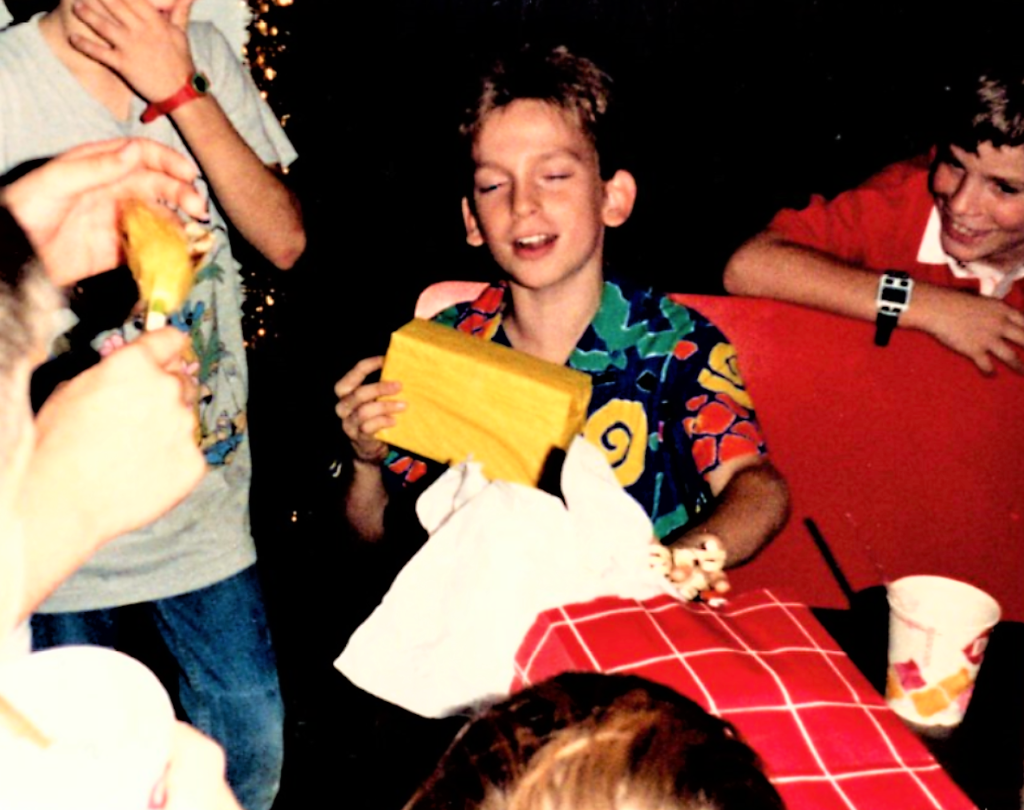 My 12th birthday party at the Dairy Queen in Port Lavaca, TX. I’m clearly very excited to be receiving a yellow box. Also, that’s Matt behind me with the sweet calculator watch. He lives in Sacramento now. We’re still buds. Hi Matt!

At the beginning of the year, I was a sixth grader, playing Nintendo, having sleepovers, watching wrestling, and pretending to know how to skateboard with my loser friends. By the end of the year, I was hanging out with high school seniors. I even had a girlfriend! The real kind, not the junior high kind where you never speak or make eye contact in public.

Julie was going to be a freshman and was old enough to know that marching band pretty much equaled social suicide. She said no. I also said no, but I was more shy than anything else. I had a pretty debilitating stutter, and I really didn’t want to deal with any social situations that weren’t absolutely necessary.

There aren’t many days that are etched into my memory, but the first day I walked into the band room at Lock Haven High School is one of them. A room full of high school kids is a jarring thing when you’re twelve years old. These guys had like, facial hair. I was shy, probably hiding behind someone. I felt completely out of place, like I didn’t belong.

And all of a sudden, a huge “Wooo!” went up from the back of the room. My eyes darted up from the floor. I saw a half-dozen kids wearing drums, smiling and waving. So warm, so welcoming.

Well now. This could be something.

I could, like, hang out with these guys? I could be one of these guys? I was terrified. They were so huge! But I also felt an immediate rush of excitement. I didn’t know what was involved in being in a marching band, but I knew I wanted to be there. I showed up to the next scheduled practice, and that’s when I met Blake.

Blake struck me as someone who commanded attention without asking for it. He was the drum instructor, which meant he wasn’t a teacher. He couldn’t have been more than 25 years old, so he looked like a student and definitely acted and dressed like one. I could tell almost immediately just from looking at the faces of the other kids that Blake was the reason they were there. He was good-looking, relentlessly positive, and a little goofy. You just wanted to be around him. Being in the drumline meant being in Blake’s Drumline, it meant you were in his gang. I realized very quickly that this was the kind of gang I wanted to be in.

Still, it was a strange world to step into. Starting a new school in a new town is daunting enough when you’re twelve, but at least all the kids in your classes are your age and going through the same awkward body shit you are. But let me tell you, there is a vast ocean that lies between the sexual reference points of a twelve year old and a senior in high school. I never knew there were so many different words for “penis.” My poor, virgin ears had never heard so much…filth.

They were gross, and they were gross all the time. There was something called “hair pie” that came up in casual conversation a lot. (These kids today don’t know how lucky they have it with their “Google” and their “Urban Dictionary.”) All I could do was laugh along and pray to God that no one asked me what was so funny. It’s the peer-to-peer version of “Please don’t call on me. I didn’t study.”

We had a nice, catchy cadence that we marched to on our way to and from the practice field. They made up lyrics to it. Do you want to know what they were? You don’t, but I’m going to tell you anyway.

“Bite that tit, chew the nipple off.”

Right? That’s a hell of a lot to process when you’re twelve. (Also, any age.) Kids are GROSS, man. I remember during a break at one practice some nice sophomore girl gave me a hug and I remember thinking “Aww, she’s sweet.”

He got a kick out of that one.

Rick was the captain, if there was such a thing. He was a junior and played tenors, pictured below. 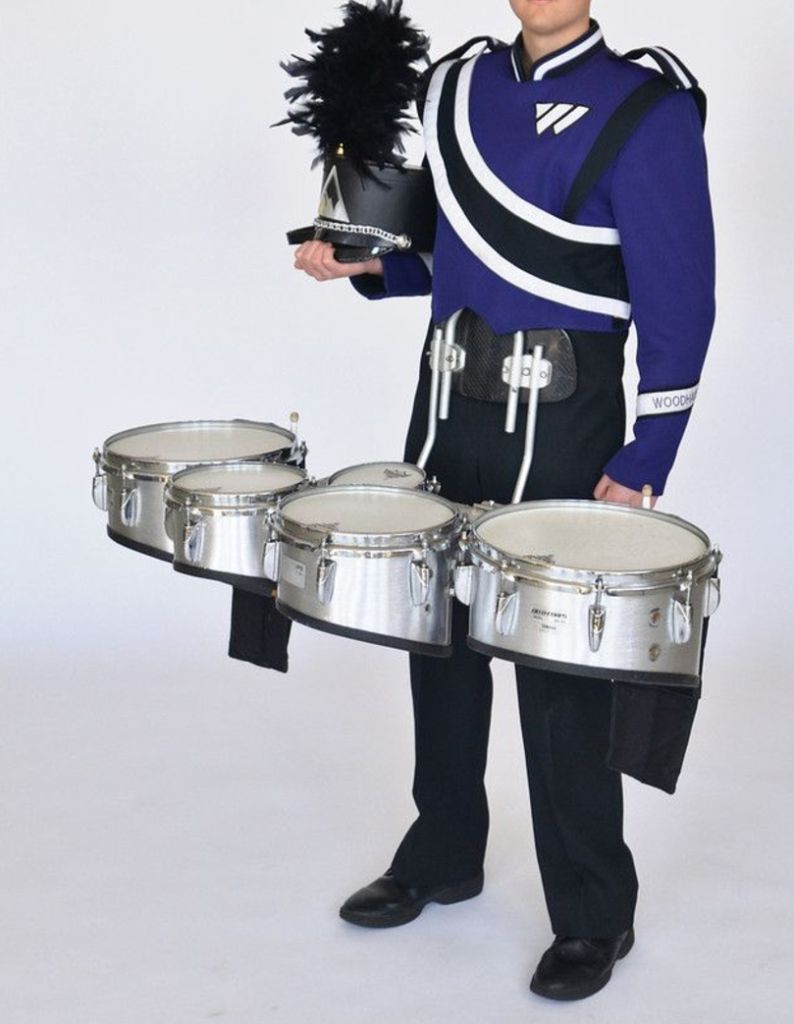 Tenor drums. That’s not Rick. His mullet was way cooler.

Tom and Tim played snare. (Snare and tenors are usually where you put your best drummers. They play the hardest parts and are featured the most often.) Joel, Graham, and Shannon played bass, Michelle and Cindy were our keyboard players. Because I was so new to the whole thing and didn’t really even know how to read music that well, I was put on cymbals with Allison, Branden, and Amber. Branden and Amber were seventh graders, too, so I took some comfort there.

So that was it, just the twelve of us. That was my first drumline. Everyone treated me really well, especially the older kids. They were disgusting, but they had good hearts and made sure I knew they were happy I was there. I was like their mascot, the little kid from Texas with the big ears.

I wasn’t there for the start of the season earlier in the summer so I missed basics, missed band camp. I had a steep learning curve. Not only did I have to learn a whole show’s worth of music and drill, I also had to basically learn what it meant to be in a marching band. I had to learn how to stand at attention and march in step, what a roll off was and what a cadence was. I had schedules to follow and uniform pieces to buy. And I had to do it all super fast because our first competition was less than a month away.

Chapter Two – Any Given Saturday