There’s this theory of cognitive development that says there are two times in your brain’s lifespan when it is exploding with new connections at unheard of speed. The first is infancy, and the second is adolescence.

Your brain is really busy during your teenage years, firing synapses back and forth in new, previously unexplored areas. And so, the theory goes, the experiences you have at that age become permanently imprinted. It’s why your favorite music is probably the music you liked in your teens. And it’s why the friendships you form in those few years will remain the strongest you’ll ever have.

I’ve lived in five states since I left high school. Been to two colleges, worked more than two dozen jobs. I’ve met some amazing people along the way. But if you were to ask me who my best friends are today, I would tell you their names are Joel and Tom. And Joel. Maybe it’s science. Or maybe it’s because these people know me best, and they always will.

I wanted to tell this story because I always thought there was something truly unique about what we were able to accomplish together. I wanted to try and share with you what it felt like to be a part of such a special group at such an amazing time. 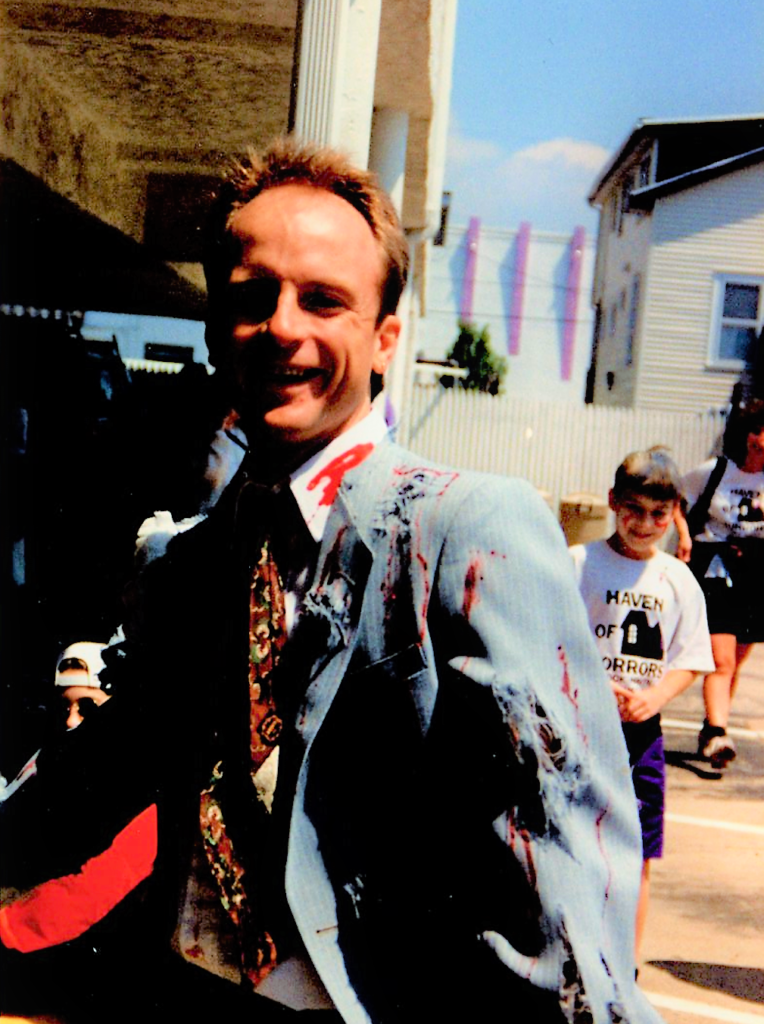 But as much as this story has been about a certain time in my life, it’s clear that it has been just as much about a certain person in my life. Blake looms large in the minds of the kids who were taught by him, even 25 years later. Since the day I started sharing this story with you a month ago, the words I’ve heard from the people who were there are testament to that. There’s no way he’ll ever be able to fully grasp all that he’s done for everyone who was lucky enough to be a part of his gang.

I’m the father I am because of Blake.

We’re all just a weird, mashed-up combination of our parents. If we’re lucky enough, if we pay close enough attention, we can take the good parts and avoid the bad ones. (Good luck with that, by the way.) My dad taught me unconditional love, and I’m forever indebted to him for that. But Blake showed me how to be a leader of men.

I have three boys. Right now, they’re young and fun and goofy, but they’re growing up fast, and they’re going to be teenage boys before I know what hit me. And the thing is, I know teenage boys. I know how their minds work. I know how easy it is to stray from the path of righteousness, to be selfish and manipulative. But I also know what it’s like to really look up to someone, and I think that can make all the difference in the world.

Blake knew what he was doing. He was confident and competent, and we always knew we were in good hands. He was also a hard worker, and it made us want to work just as hard to show him we appreciated what he was doing for us. He didn’t have to tell us how much time he put into the group. We could tell.

He was fun, he was a goofball, he was actually kind of a dork. But when practice started, it was time to work. He was the boss when he needed to be, and we never forgot that.

But more than any of that, he was our friend. He was a friend to everyone in that drumline. I was fortunate enough to be closer to him than most of the other kids in the group, but year after year I watched him go out of his way to make sure everyone knew that he was there for them. He loved us, and that’s how he showed it.

Now, you add those pieces up and you end up with a pretty great recipe for getting the best from the people you care for the most. It’s something I strive for everyday when I’m raising these yahoos. I’m not perfect, I’m not making all the right decisions all the time. But I’m working off a damn good script, and I think that’s the greatest gift he ever gave me.

And it’s about damn time he knows it.