For those of you just joining us, “The More You Know” is a 12-part series devoted to exploring the fundamental differences among the four presidential candidates on a variety of issues. The goal is to provide Gary Johnson and Jill Stein with consideration equal to that of Hillary Clinton and Donald Trump.

Public perception of the major party candidates is the worst we’ve seen in a long time. If you are considering voting for a third party this year, consider this your chance to see what’s out there. For example, we touched on the economy in week one, and saw that the Libertarian candidate wants to completely do away with the income tax. Last week when we talked about foreign policy, we learned that the Green Party candidate wants to close all 700+ military bases on foreign soil. That’s real change. So before you decry the two-party system in full throat, get a real sense of what awaits you when you step outside that dichotomy. 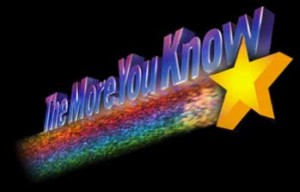 This week, we talk about healthcare. Week one we went alphabetically, week two we reversed it. This week we’ll go youngest to oldest. 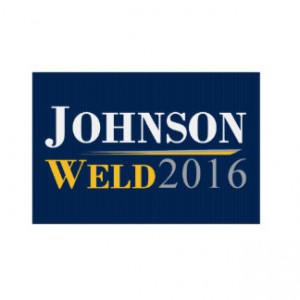 A poll of registered voters in June showed that 74% of them feel that healthcare is “very important” to their vote. This is probably something that deserves at least a mention on your website, Gary.

In fact, Gary, this is the third week in a row when I’ve had to chastise you for not talking about the issues on your website. You’re trying so hard to get into the national conversation, I just worry you won’t have anything to say if and when you actually get in the spotlight.

And it’s a shame because once you get this guy talking about healthcare, it’s fascinating. We know that he’s against federal involvement in pretty much everything. Healthcare is no exception. He’s on record as saying Obamacare is unconstitutional so he’ll definitely try to repeal that, but there’s more.

Because he wants a balanced budget, he would cut 43% from Medicare and Medicaid, then hand the remaining money over to the states, block grant-style: here’s your money, spend it however you want.

But what he really wants is “Gallbladders-4-Us.” And I’m not making that up, it’s a real quote. It’s his way of describing a truly free-market healthcare system. Doctors and hospitals advertising their services like mattress companies with the consumer free to chose what’s best for them. You want to talk about change? This is change.

And it’s intriguing. It’s almost impossible to imagine but it’s intriguing. Why isn’t healthcare treated like this? Why don’t doctors offer Labor Day sales on back surgery? Matter of fact, why do we have health insurance at all? We don’t have “Grocery Insurance.” We go to the store, we see what we want, we buy it. Why is healthcare any different?

Dismantle the entire structure. Burn it to the ground and rise up from the ashes. Interesting stuff, Gary. Bold. Now get out there and talk about it! Tell us how you’d pay for it. Tell us how you’d do it. We’re listening. 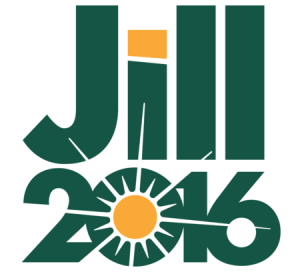 Dr. Jill Stein presents the polar opposite of Johnson’s Libertarian views. She wants to go full-on single-payer. Government-run healthcare as a human right, Medicare for all.

She wants to eliminate the estimated $400 billion (her estimate) spent annually on health insurance red tape and paperwork. There would be no co-pays, no deductibles, and no premiums. Dental and vision are included, and everyone gets it. Rich, poor, doesn’t matter.

And since she’s super green, she ties her other policy ideas (organic food, renewable energy, bike paths, public transit, fair trade, GMO labels) into her healthcare platform, saying the overall approach will decrease chronic illness and lessen the cost of healthcare in the process.

Now again, this is a platform, so there are no specifics. She lists off a lot of things of which she is in favor, but that’s it. She does herself a disservice by not telling us how she’s going to do any of the things she promises, but she lays them out there very clearly so you know exactly where she stands. 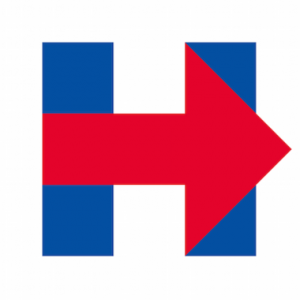 Clinton has a long and storied history with healthcare and government. As First Lady, she chaired the President’s Task Force on National Health Care Reform. It was a sensible choice, as she did a lot of work on the issue as First Lady of Arkansas. It was, however, ultimately a disastrous choice, as her effort failed spectacularly. But that was a long time ago, so let’s talk about what’s going on now.

Let’s talk about the Affordable Care Act, or “Obamacare” as it is affectionately known as. At its core, it promises affordable healthcare for everyone. Obama started it, Hillary says she will expand on it. It covers 20 million people. 90% of Americans have health insurance, the highest rate we’ve ever seen. That’s the good news.

Oh, and it also didn’t crash the economy or slow private sector job growth or murder your grandmother or any of the other ridiculous notions you may have heard. The problem with devoting so many column inches and so much airtime to those ridiculous notions is that the legitimate concerns got overshadowed. Which is a shame because many of those legitimate concerns have come home to roost this summer.

The largest health insurers (Aetna, United Healthcare) have abandoned the Obamacare marketplace. Premiums had been rising for a while, but it wasn’t a big deal because, after all, it’s a “marketplace,” right? If you don’t like what you got, go shop for something else.

Only now, in more and more states, especially smaller states (as was predicted), these marketplaces have only one store. There weren’t enough people to sign up, and the ones who did are much, much sicker than they said they were. So Obamacare is facing some serious trouble in the near future. As Hillary is inextricably tied to it, it could turn out to be a very, very bad thing for her in the coming months.

Outside of Obamacare, Hillary has said she wants to make a public option available (thanks, Bernie.). And she also wants to let people over 55 buy into Medicare, which would dramatically expand the program. 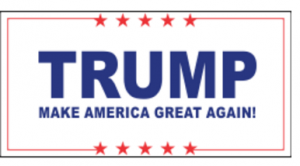 It’s quite difficult to discern what Trump actually stands for when it comes to healthcare in this country. He has a tendency to say things that either come completely out of nowhere or stand in stark contrast to the platform laid out on his website. Nevertheless, let’s start with his website.

He says he wants to bring free market reforms to healthcare in this country. I think we can safely assume that means reform to health insurance in this country, because we know he’s not talking about “Gallbladders-4-Us.” He says these reforms will broaden healthcare access, make it more affordable, and improve the quality. How?

Repealing Obamacare (On Day One!!) will eliminate the individual mandate. He feels no one should be required to buy anything if they don’t want to. (Hi, Tea Party. We see you.)

What else? He thinks we should be able to sell health insurance across state lines, fully deduct premiums, allow the tax-free contributions in your Health Savings Account (HSA) to accumulate, and allow access to drugs from overseas.

The nonpartisan Committee for a Responsible Budget maintains these policy changes will provide coverage for just over a million people. If my math is right, that number is much smaller than the 20 million people who would be booted when he repeals Obamacare.

He says, quite often, that he would “keep pre-existing coverage,” but there is nothing in writing to bolster these claims. In February he said, “I like the mandate.” The next day he had to “clarify” his remarks and say, “No, Obamacare is gone. Day One.”

So if we ignore what he says and focus only on what his policies lay out, it’s going to mean booting a lot of people off of their plan without providing a viable alternative for their future. Scary stuff.

So there you have it. Four candidates, four wildly varying sets of ideas on how to take care of you when you get sick. Healthcare is a big deal in this country. It’s 5% of our GDP and it’s only going to get bigger. Pay attention to what these candidates are promising. Your life may depend on it one day.