This year, incoming high school freshmen will be taught the events of September 11, 2001 as something that happened before they were born. Kinda hard to believe it’s been that long.

3,000 people died that day, 2,600 of whom died in the attacks on the World Trade Center. Many of their bodies were never found, and more than 1,600 victims have yet to be identified.

One of those victims was a man named Rick Rescorla. He was the 62-year-old Chief of Security for Morgan Stanley, the largest financial firm to occupy the World Trader Center. Morgan Stanley employed close to 2,700 people spread over 22 floors of the South Tower. Rescorla was charged with protecting them all, and he took his job very seriously. 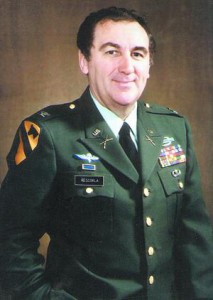 Rescorla was born in England and served in Her Majesty’s colonial force in Rhodesia (now Zambia). He was a born leader, and his time in Rhodesia turned him into a fierce soldier with strong anti-communist leanings. He wanted to fight, and it just so happened that in 1962, so did America. So he came over here, attending Officer School in Fort Benning, Georgia and emerging as a Second Lieutenant. He was immediately assigned as a platoon leader in the 2nd Battalion, 7th Cavalry Regiment, 1st Cavalry Division and was sent to Vietnam that fall.

By all accounts, Rescorla could have ended that war single-handedly given the opportunity. Remember that movie “We Were Soldiers” with Mel Gibson? That movie was based on a book, and Rescorla is on the cover. His men heaped praise on him time and time again. He was given the nickname “hard core,” but Rick Rescorla was more than just a hard-charging soldier. 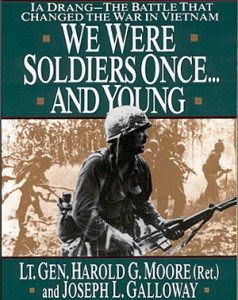 During his time in Vietnam, leading terrified young men through a blood-soaked jungle, he would often break out into song to boost morale. Blessed with a powerful, deep baritone, he would sing Cornish songs from his youth. By the time his tour was up, he had earned a Silver Star, a Purple Heart, and a couple of Bronze Stars for valor.

His post-war life led him to explore his cerebral side. He majored in Creative Writing and got a law degree. He taught Criminal Justice in South Carolina for a while, but the high-paying world of corporate security came calling soon enough.

He started working for Dean Witter (a company that would eventually merge with Morgan Stanley) in 1985 and immediately began implementing quarterly security drills. He felt the World Trade Center was a soft target for terrorists. He urged his employers to relocate to New Jersey, but his pleas fell on deaf ears, even after the Trade Center was bombed in 1993.

On the morning of September 11, 2001, American Airlines Flight 11 crashed into the North Tower of the World Trade Center. Rescorla was working on the 44th floor of the South Tower. Shortly after the impact, an announcement from The Port Authority rang out over the loudspeaker in Rescorla’s building, asking everyone to remain calm and stay in their office or at their desk.

He immediately sprang into action. He grabbed his bullhorn and a walkie-talkie and began a systematic removal of all 2,687 Morgan Stanley employees under his care. He went floor by floor, calmly insisting that everyone leave the building at once. Not long after his evacuation process had begun, United Airlines Flight 175 hit the South Tower 38 floors above him. He saw the terror on his employees faces and immediately fell back into his role as platoon leader.

And he started singing.

He was calm, he was firm, he was in control. He was the right man in the right place at the right time, and he saved a lot of lives that day.

After he was sure all of his employees were safe, Rescorla headed back into the building. “There’s more people in there,” he was heard to say. He was last seen in a stairwell near the 10th floor, heading up.

And by the way, there is a ton of reading out there on Rescorla if you’re interested. The New Yorker ran an amazing piece on him in early 2002. He was an amazing dude.