By Randy Miller in Deep Thoughts

This October 25, Cathy and I will have been married for 15 years. In about two months, we will have been together for 20 years. And sometime this fall, we will have known each other for 27 years. We have three boys under the age of 8, a mortgage, a minivan, and a cat that shits all over everything he sees. We’ve moved through five houses across three states. I am 41 years old, which means in a matter of months, I will have spent more of my life with her than without her.

Most of you know Cathy, but for those of you who don’t, let me give you a little background. She is deeply devoted to her family, and has a small group of friends to whom she is fiercely loyal, and has earned their loyalty in return. She would be happy hosting parties with the wonderful group of co-workers-turned-friends that populate her office, but is resigned to the fact that we have neither the time nor the “LEGO-free floors” to accommodate such gatherings.

She LOVES power tools. Like, she fucking LOVES them. We own a reciprocating saw, and there’s not a single one of you dumb enough to think that was my idea. A perfect weekend for her would be tearing our downstairs bathroom apart, installing new ceiling fans in all the bedrooms, and re-doing the kitchen. But she’s also smart enough to understand that Paw Patrol, neighborhood bike rides, light saber battles, snuggles, and reading bedtime stories in the big bed aren’t going to last forever.

She is a phenomenal mother. If you were to ask her, she’d probably tell you that she wished she had more patience with Will, more time with Aaron, and a stronger connection with Nate. But if you were to ask Aaron and Nate what they thought of her, they would tell you she’s the nicest, prettiest, funniest, coolest mom in the world.

And they would be absolutely correct.

But aside from all that, the Cathy I love and respect and adore — the Cathy I know better than anyone ever will — is a fighter. She fights for what is hers; she fights for those around her; she fights the good fight, and she’ll never, ever stop. As it happens, she also ends up fighting me quite a bit. And that’s what I wanted to talk about today. Because to me, love is fighting.

I don’t know what kind of marriage you have, but I bet I could put it into one of four categories:

Like, this one time I got really mad at Cathy because she was super-pregnant and staying up until like 2:00 a.m. working on this monumental project at work. But I wasn’t mad at her for neglecting me; I was mad at her because she wasn’t taking care of herself the way I thought she should.

When Cathy gets mad at me about spending too much time watching TV or sitting on the couch, she’s not mad because I’m doing her wrong. She’s mad because she knows I’m not being the best me I can be. And that’s all she’s ever wanted for me. It’s all we’ve ever wanted for each other.

I think that’s what I mean when I say love is fighting. Cathy and I fight, but when we do, we’re fighting for each other. Think of it like this: if I didn’t love her as much as I do, I wouldn’t care if she wasn’t being her best self. I wouldn’t care at all; I’d just do my own thing and let her do hers. We’d fight less, but I guarantee we’d also love each other a lot less. I believe you fight for the things you love, and to me, that’s what this whole crazy business is all about. 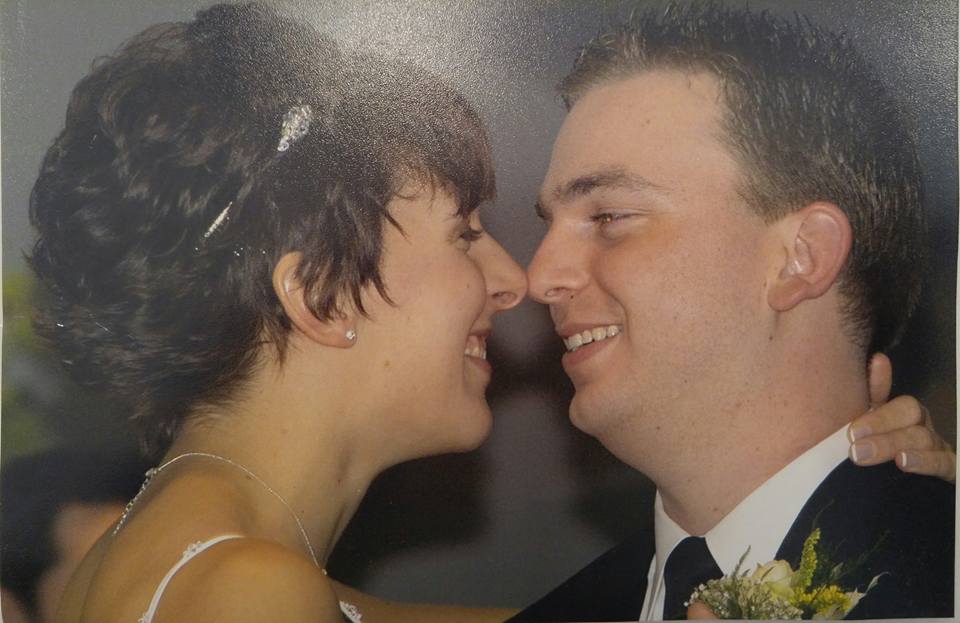 So Happy Valentine’s Day, baby. You’re still the best thing that’s ever happened to me.