Earlier this week, we talked about Donald Trump and his positions on guns and gun violence in America. As expected, his positions fall in line with the NRA at almost every turn.

The NRA claims that the only thing that can stop a bad guy with a gun is a good guy with a gun. They repeat this mantra time and again, especially in the wake of national tragedies. They also claim time and time again that Hillary is going to repeal the second amendment, even though she has never come close to saying anything of the sort.

All you have to do is go through her site, point by point, and see her stances on gun control. For kicks, we can also compare those stances to what the NRA says. It won’t take long for you to see that one of them is committed to sensible gun control. The other should probably just be committed.

The More You Know.

First, if you’re deemed too dangerous to get on a plane, or if the FBI is watching you, you shouldn’t have a gun. These “bad guys,” she argues, have no business legally owning a firearm in this country. NRA, what say you?

“The NRA does not want terrorists or dangerous people to have firearms, any suggestion otherwise is offensive and wrong,” said Jennifer Baker, [NRA] director of public affairs. 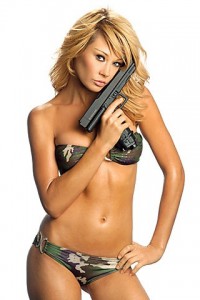 All right, team! One for one!

Next, Clinton talks about loopholes. Now anytime someone brings up loopholes in the gun argument, one of two things is being talked about: buying a gun online, or buying a gun at a gun show. Both are considered “private sales.” As a nation, we buy about 40 percent of our guns through private means, though no one knows for certain.

After all, the “good guy” you boast about, the responsible gun owner who shoots things for sport and keeps his toys locked up safely, clearly buys his or her guns from a licensed dealer. Hillary is proposing absolutely no change to that man or woman’s life whatsoever. Those gun sales would be unaffected. Private sales, however, would now be run through the system to see if any red flags pop up. Sounds good, right NRA? Fewer bad guys with guns, right?

Sadly, no. The NRA is against universal background checks, saying federal law already requires firearm dealers to perform a background check before selling a gun. Now, I don’t know why they say that because it’s just not true. Don’t take it from me, take it from the Bureau of Alcohol, Tobacco, Firearms and Explosives: “If you only make occasional sales of firearms from your personal collection, you do not need to be licensed.”

There you go. In black and white, from your trusty government. It is currently legal to sell a gun without a background check. Hillary wants to change that. The NRA thinks it’s fine the way it is. You tell me who’s being more responsible. 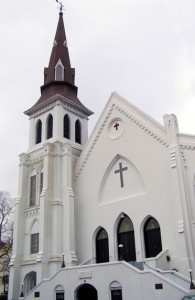 And finally, the Charleston Loophole. Have you heard of this? Last year, some racist moron shot up a black church in Charleston, South Carolina. He had a criminal record previous to his attack, so he shouldn’t have had access to any guns. However, there’s a law on the books that says if your background check doesn’t go through within three days, the sale is deemed legit. This guy managed to slip through that crack and was able to buy a gun. Hillary wants to close that loophole. She feels we should “provide sufficient time and resources to complete a background check before a sale is approved.”

And so this is where we come back to the national divide on guns, because there are apparently two ways to look at this. Clinton is advocating for the removal of the arbitrary three-day deadline to conduct a proper background check. You know how long a background check should take? As long as it takes. I’m sorry if this means you’ll have to wait a bit before you get to buy a gun, but can’t we just get it right?

Look, I had to wait at the DMV for like four hours to get my license renewed. It was annoying. But at no point, did I think I deserved my license because they were taking too long. This isn’t Domino’s, this isn’t thirty minutes or it’s free. This is the federal government. Things take a long time because they do. I don’t understand how anyone could argue that a background check isn’t necessary because “sometimes it takes a long time.”

But, then again, there’s a lot of things I don’t understand about guns. But I’m tired of writing and talking and thinking about guns in our society. Next week we’ll take on something a little less controversial.